We cover both basic theory and applications. In the first week we learn about scalar and vector fields, in the second week about differentiating fields, in the third week about integrating fields. The fourth week covers the fundamental theorems of vector calculus, including the gradient theorem, the divergence theorem and Stokes’ theorem. These theorems are needed in core engineering subjects such as Electromagnetism and Fluid Mechanics.

Instead of Vector Calculus, some universities might call this course Multivariable or Multivariate Calculus or Calculus 3. Two semesters of single variable calculus (differentiation and integration) are a prerequisite.

The course is organized into 42 short lecture videos, with a few problems to solve following each video. And after each substantial topic, there is a short practice quiz. Solutions to the problems and practice quizzes can be found in instructor-provided lecture notes. There are a total of four weeks to the course, and at the end of each week there is an assessed quiz.

Lecture notes can be downloaded from http://www.math.ust.hk/~machas/vector-calculus-for-engineers.pdf 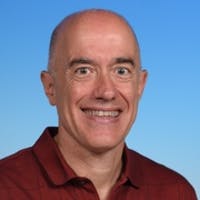 Jeffrey R. Chasnov is a Professor of Mathematics at the Hong Kong University of Science and Technology, where he has been teaching since 1993. He is an expatriate American from New York and California, and earned his BA from UC Berkeley and PhD from Columbia University, with post-doctoral fellowships at NASA, Stanford, and Grenoble, France, and a sabbatical semester at Harvey Mudd College. He is the author of numerous research articles in fluid turbulence and mathematical biology, and has authored online textbooks and videos for his courses on differential equations, matrix algebra, mathematical biology and scientific computation. Before and after work, he enjoys family life, swimming and tennis, and takes great pleasure in his family’s annual camping and skiing vacations.